Leonard Nimoy urges fans to quit smoking after revealing he is suffering from a severe lung disease, "Smokers, please understand. If you quit after you're diagnosed with lung damage it's too late." 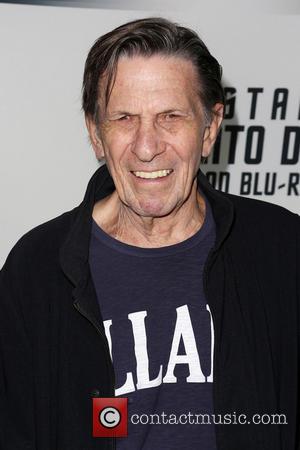 Leonard Nimoy, who gained worldwide fame as 'Spock' in the original 'Star Trek' television series is not well.

The 82 year-old actor is suffering from chronic obstructive pulmonary disease (lungs), a result of a lifetime of smoking.

Nimoy took to twitter to announce the news and also urged fans to stop the addictive habit before it is too late.

Adding, "Smokers, please understand. If you quit after you're diagnosed with lung damage it's too late. Grandpa says learn my lesson. Quit now. LLAP."

The aging 'Star Trek' alum has always maintained in impressive health for his age in recent years, but this new disease is admittedly slowing him down.

Nimoy signs off each tweet with "LLAP," as a nod to the beloved show each made him a global star, as it stands for 'Live Long And Prosper."

The father of two played 'Spock', the super intelligent, mix human-Vulcan science officer who works alongside Captain Kirk aboard the Enterprise, from 1966 until 1969, and then reprised the same role in later Star Trek movies.

Most recently Nimoy appeared as an older version of 'Spock Prime' in J.J. Abrams' 2009 'Star Trek' and the sequel 'Star Trek Into Darkness' (2013).

Despite being diagnosed with such a severe illness, Leonard is still working and recently tweeted his 811,000 followers that he just completed his latest project.

"Just taped my comments for Star Trek Fest to be aired on EPIX Feb. 16th. Still enjoying my life. LLAP," he posted.