Liam Gallagher To Star In Movie By 'Peep Show' Creator 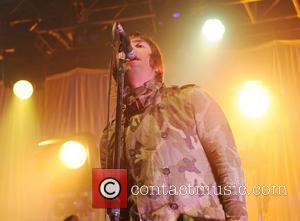 Liam Gallagher is reportedly making the foray into acting having been cast in the forthcoming Beatles movie 'The Longest Cocktail Party'. Although the former hell raising rocker has been involved with the project for some time, he has now signed on to appear himself.
The film, an adaptation of Robert DiLello's book about the founding of the Fab Four's record company 'Apple', is written by Peep Show creator Jesse Armstrong and directed by acclaimed filmmaker Michael Winterbottom. The director told the Daily Star, "Liam will have a part in it. It's about the mad chaos of Apple, so it's not dissimilar to 24 Hour Party People.I've met him a few times. He seems like a nice guy". The 39-year-old Oasis and Beady Eye star has previously stated his desire for Johnny Depp to star in the film as publicist Derek Taylor, but producer Andrew Eaton expressed doubts about the Hollywood star taking the role. Speaking about Gallagher's involvement in the project, Andrew said, "Liam's great to work with, because he wants everything to happen tomorrow. Because he's not from the film business, he's basically going, 'Why can't we do it right now?' It's very inspiring".
DiLello's book is his first-hand account of The Beatles company Apple Corps, charting the eventual breakup of the band and the beginnings of their respective solo careers.