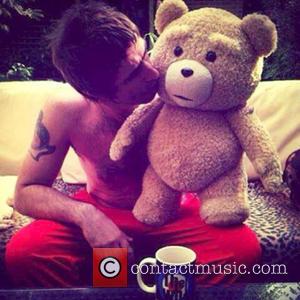 Liam Gallagher’s just put out a new record with his band Beady Eye but whenever he talks to the NME you just know that the chatter’s going to return to his old band, Oasis.

So it proves again in this week’s print issue of the magazine, with the younger Gallagher brother hinting that he would be open to bringing the band back. Given the whopping pay checks his pals the Stone Roses got for their reunion we’re not surprised either. "There's unfinished business there. People ask would I get Oasis back together” he told the publication. “I'd do it for nowt, but if someone's going to drop a load of f*cking money, I'd do it for that too.” However, he did add: “I don't think we'd ever make another record. I doubt we'll ever get back together."

Gallagher suggested that it would be good to get the group back together in time for the 20th anniversary of their multi-million selling debut album Definitely Maybe. The record pushed them to huge success in the UK and paved the way for eventual global domination. It turns 20 next year and the outspoken front man commented "If we do, it'd be nice to do that f*cking thing that's coming up (the 20th anniversary) I'd be up for that. But I'd still go back to Beady Eye and Noel would go back to his thing. We could bury the hatchet for a quick lap of honour."

We’ve a feeling that hatchet burying would take some time. Gallagher's Beady Eye have their second album BE out next week Could Liam and Noel ever patch it up?