Liam Payne Is Reportedly Devastated Over His Alleged Split From Sophia Smith. 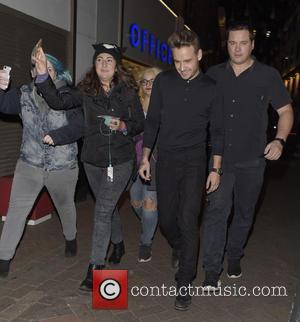 Conflicting reports surfaced over the weekend (24-25Oct15) that One Direction star Liam had split from his long-term love Sophia, and now a pal has further fuelled rumours by commenting on how upset the singer is.

"Liam and Sophia have split," the insider tells Britain's Metro newspaper. "Liam is incredibly sad but is going to keep busy."

One Direction's Liam, Harry Styles, Louis Tomlinson and Niall Horan are in the middle of their mega On the Road Again Tour, currently playing dates in Britain. Last week (beg19Oct15) the boys pulled out of their Belfast gig, claiming Liam had fallen ill just moments before they were due on stage, but many believe it was actually heartache that stopped him from performing.

In September (15), Liam spoke about marriage, admitting he and Sophia had discussed the topic but still felt too young. They've split in the past, and those close to them have high hopes they could make things work again.

"Liam and Sophia have had fights before and got back together, so hopefully this is one of those times," an insider tells Britain's The Sun newspaper. "They are a great couple but sometimes they find their lifestyles - with him flying around the world as a pop star and her at university in Birmingham - don't always match up. Sophia likes to be with Liam as much as she can, and doesn't really like that other girls throw themselves at him."

The source adds Liam is completely in love with Sophia and would be devastated at the prospect of losing her. Liam also took to Twitter.com to share a cryptic message with fans: "I love how music is always there for you when you need it most x."