James Cameron is to reunite Hamilton, who last appeared in the Terminator series in 1991's 'Judgement Day', with Arnie.

The Terminator film franchise is set to welcome back a familiar face, after actress Linda Hamilton signed up for the upcoming sixth instalment this week – 26 years after she last appeared in the movies.

According to The Hollywood Reporter on Wednesday (September 20th), returning film director James Cameron made the announcement at a private event earlier this week to honour the franchise.

Cameron, who directed both the 1984 original movie and the 1991 sequel Judgement Day, claimed that he was reuniting the franchise’s two original stars, Arnold Schwarzenegger and Hamilton, in an effort to change the perception of gender roles in action movies. Linda Hamilton is to return to The Terminator franchise

“As meaningful as she was to gender and action stars everywhere back then, it's going to make a huge statement to have that seasoned warrior that she's become return,” he said. “There are 50 year old, 60 year old guys out there killing bad guys, but there isn't an example of that for women.”

Hamilton, now 60, was married to Cameron in 1997, but their relationship was short-lived and dissolved by 1999.

The sixth film, a follow-up to the coldly received Terminator: Genisys in 2015, is already in pre-production, with Deadpool director Tim Miller behind the camera and Cameron himself having conjured up the storyline and turning it into a script with Dark Knight series writer David Goyer.

The news comes soon after Cameron was in the press for standing against the warm reception that Wonder Woman got, with its director Patty Jenkins calling him out over his comments.

“All of the self-congratulatory back-patting Hollywood's been doing over Wonder Woman has been so misguided,” he told The Guardian a few months ago. “She's an objectified icon, and it's just male Hollywood doing the same old thing.” 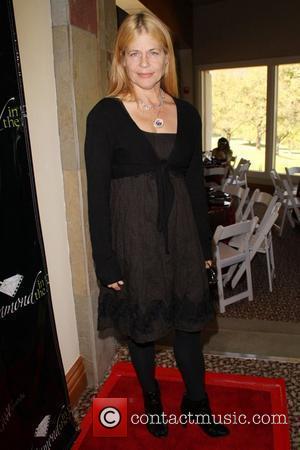