Michael Lohan and Kate Major first gave conflicting accounts of a domestic dispute that occurred on Monday night, but now the mother to their 1 year-old son has admitted that her version of events was not the truth. 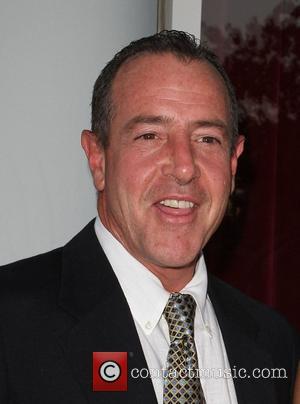 Michael Lohan seems to be having just as many personal issues as his actress daughter Lindsey.

The 53 year-old is currently surrounded by domestic abuse accusation made by his fiancé Kate Major.

But only one day after claiming Michael was going to kill her, she has admitted that it was all a lie.

"I regretfully tweeted while my emotions were high that I was being threatened by Michael with a knife, this was not the case," she revealed to TMZ.

The gossip site previously reported that the pair got into an altercation on Monday night (Feb 17th) and the police were eventually called.

Major sent several tweets that claimed her future husband was attempting to take their one year-old son away while threatening her with a knife.

These posts have since been deleted.

Major allegedly locked herself in their child's room after an argument was triggered when Lohan accused her of drinking round their infant.

While this was allegedly going on, Lindsay Lohan's father called 911 himself to ask for assistance after his future wife's erratic behaviour was getting worse.

When authorities arrived at their home, Major apparently told police she wasn't drinking, and that Lohan attempted to kick the bedroom door down but when he failed, she claims Michael made stabbing gestures through a glass door from outside.

TMZ have obtained Lohan's 991 call and the calm, collective voice that is heard on the tapings, paints a different picture to Major's story.

"My fiancée is getting crazy again, and she's threatening to hurt herself again," Michael says to the operator. "She's like losing it."

"She barricaded herself in the room," Lohan continued. "She was drinking all night. My little infant son is with me in the other room."

When the operator asked if she had been violent in anyway, he replied, "Yes she has. She knocked a wine bottle out of my hand. She's losing it. And she's on medication, that's the problem. Her counselor just told me to call the police."

And to further affirm Michael's version of events, he told the women on the phone, "I actually have two friends of mine with me that are witnesses."