The rumours were right all along. 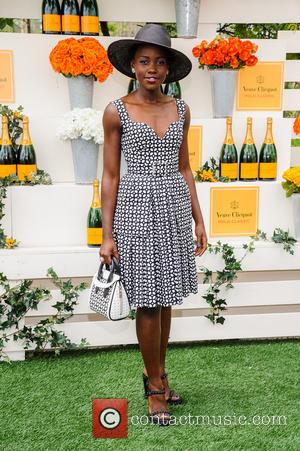 Lupita Nyong'o and Gwendoline Christie have finally been added to the cast of Star Wars: Episode VII. It has been rumoured for some time that 12 Years a Slave star Lupita had been picked for the sci-fi reboot in her first live action role since winning her Oscar this year and now we have the confirmation.

In the latest wave of casting announcements since the big reveal at the end of April, Lupita is joined by Game of Thrones star Gwendoline Christie in Jj Abrams addition to George Lucas' much-loved franchise. "I can finally say it out loud and proud: I'm going to a galaxy far far away!" Nyong'o excitedly posted via Instagram.

The latest reveal also ends speculation over Lupita's post-Oscars projects: the 31 year-old has been fairly quiet on her plans for the next year apart from confirming a voiceover role in the upcoming Jungle Book remake. Though her Star Wars part has not yet been named, it has been rumoured that she'll play Asaaj Ventress, a Sith villain-turned-bounty hunter from the Star Wars: The Clone Wars television series whose fate was never revealed.

More: Gwendoline Christie admits to feeling "genderless" because of her height.

Meanwhile Gwendoline Christie, who is known for playing Brienne of Tarth in HBO's fantasy series, is now confidently making her foray into the world of blockbusters with confirmed roles in both the Star Wars movie and the upcoming Hunger Games picture.

Star Wars: Episode VII will be released in December 2015. The Rumours That Lupita Nyong'o Was Set To Join The 'Star Wars 7' Cast Have Been Proven True. 'Game Of Thrones' Star Gwendoline Christie Has Landed A Part In Yet Another Blockbuster.