Lynne Ramsay is being taken to court by the producers of the oft-troubled Western Jane Got Her Gun, starring (supposedly at least) Natalie Portman. Ramsay walked out on the project a day before shooting was scheduled to begin, placing the picture in limbo until a replacement was eventually found. The lawsuit goes on to claim that Lynne was drunk and abusive on the set. The court papers, acquired by The Hollywood Reporter, were filed in a New Mexico court this week and state that Ramsay was paid $750,000 to work on the screenplay for the film and direct, but she dropped out of the project at the last minute without warning. The producers are now claiming that her sudden abandoning of the project was not off character either, as the Scottish director was supposedly highly unprofessional on set, drinking and abusing staff before filming had even begun.

In defence of the We Need to Talk About Kevin director, THR go on to state that she was never presented with an approved schedule, script or budget in the days prior to when shooting was due to begin. She left the project in turmoil when she left without notice, with the film's star Portman apparently showing up on set the next day only to learn that the director had not shown up and production had been put on hold.

Ramsay's sudden departure isn't the only problem to blight the Western - in which Portman plays the wife of an injured outlaw who is forced to defend their farm from his former gang following a botched murder attempt - as it has already seen a number of cast and personelle changes. Her departure was soon followed by Michael Fassbender, who was replaced by Jude Law, who then swiftly dropped out of the project to leave the role of Colin McCann open once again. Bradley Cooper was then brought in to the fill in the void, only for him to drop out, with Ewan McGregor finally agreeing to the role. Gavin O'Connor is currently attached to direct. Natalie Portman is still attached to star in the film Ewan McGregor has been brought in to fill the male lead 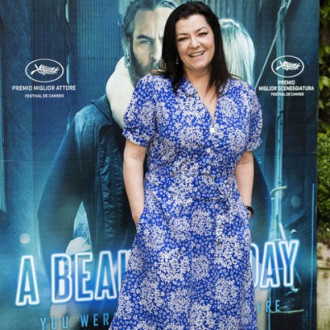