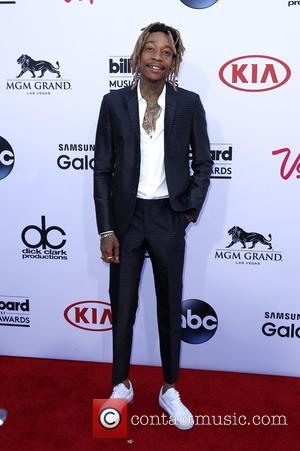 Picture: Wiz Khalifa - A variety of stars from the music industry were snapped as they arrived to the 2015 Billboard Music Awards which saw Taylor...

The Ohio native, real name Culson Baker, and Rose have been romantically linked for months but he has been keen to downplay the gossip by insisting they're just good friends - until now.

During an AOL Build interview on Tuesday (26May15), Kelly opened up about his love life after a fan asked him if the rumours of his romance were true.

He shot back, "What are you talking about - with Amber? Ya'll know what's up!"

Last week (ends22May15), the rapper was still playing it coy, telling a New York radio station, "Everything was completely natural; it wasn't anything that I had expected or had planned or anything like that. You know, when the universe throws something your way or things happen, I'm one of those people who goes with it, and I don't fight it."

He went on to complain about the media attention that comes with dating a tabloid star.

Machine Gun Kelly and Megan Fox 'like to match'