Madonna wants to start a 'revolution of love'

Madonna called on her fans to start a ''revolution of love'' at the Sound of Change concert at London's Twickenham Stadium today (01.06.13) and urged people to join her in changing the world through education. 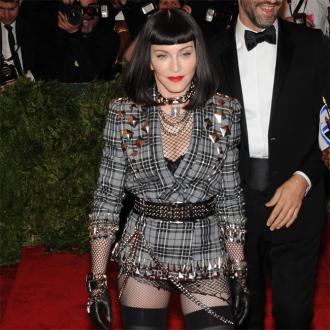 Madonna called on fans to start a ''revolution of love'' at the Sound of Change concert.

The 'Hung Up' hitmaker was one of the A-list stars to lend her support to the charity gig - which was organised by fashion house Gucci's Chime for Change female empowerment campaign - at London's Twickenham Stadium today (01.06.13) and urged people to join her in changing the world through education.

The 54-year-old star took the stage, saying: ''I keep telling people I want to start a revolution, but my revolution doesn't involve bloodshed and violence. My revolution starts with education. My revolution is about achieving a higher level of consciousness, but this cannot start without education.

''We cannot change this world, nor begin to treat each other with human dignity, without an education. Let tonight be the beginning of this revolution because education is not a luxury, it is a basic human right.

During her show-stopping performance, 'On the Floor' hitmaker Jennifer Lopez also chimed for change, adding: ''I believe my girls out there deserve the best education. They deserve the best in health. And I believe in justice for my girls everywhere.''

The star-studded Sound of Change concert - which benefits education, health and justice for women around the world, particularly in underprivileged countries - was headlined by 'Love on Top' singer Beyonce and also featured performances from Florence + the Machine, Jessie J and Rita Ora.