Wondered why Disneyland was closed on Tuesday evening? Well...Mariah was in town. 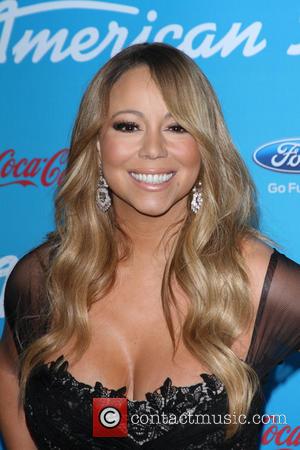 The Disneyland Resort was closed to the public for a short time on Tuesday, to allow Mariah Carey and husband Nick Cannon to renew their wedding vows and enable their guests to take advantage of the rides and attractions. Around 250 guests mingled on a chilly night at the family resort for the reception, which Cannon deejayed at, reports the Los Angeles Times.

"On our way to renew our vows," Carey tweeted beforehand. "I love you @Nick Cannon." The couple married in the Bahamas on April 30, 2008 and welcomed their kids Monroe and Moroccan three years later. For whatever reason, the pair feel the need to renew their vows every year - last year came an overblown ceremony at the top of the Eiffel Tower in Paris. This time, the 43-year-old singer, who's having a few problems on American Idol, wore a white-princess style wedding gown with sparkly headpiece. Later, they took a ride in a horse-drawn crytal carriage from the Dream Suite near the Pirates of the Caribbean rides to Main Street, where they met with up their kids. They had renewed their vows after walking down the aisle towards Sleep Beauty's Castle, complete with a fireworks show. Sounds, err, interesting.

According to the Times, Fantasyland was decorated with 10,000 crystals for the occasion, along with about 15,000 flowers imported from South Africa, Holland and France.

Lucky for you guys, Mariah Carey documented some of the evening with Twitter's Vine app - check it out below: