The Dire Straits singer influenced the making of 'The Founder'.

The story of how the world's biggest fast food restaurant was founded is a shocking one rife with betrayal and dishonesty. 'The Founder' directed by John Lee Hancock tells as much about the beginnings of McDonald's, but it was actually a song that inspired the creation of the biopic.

Michael Keaton stars in 'The Founder'

When producer Don Handfield heard Dire Straits frontman Mark Knopfler's 2004 single 'Boom, Like That' - from his album 'Shangri-La' - he was fascinated by the narrative and the central figure; a former milkshake mixer salesman Ray Kroc. It's written in his perspective with lyrics like: 'These boys have got this down ought to be one of these in every town/ These boys have got the touch It's clean as a whistle and it don't cost much/ Wham! Bam! You don't wait long, shake, fries, patty you're gone/ How about that friendly name, heck, every little thing ought to stay the same'.

In a nutshell, Knopfler wrote the song after inspiration struck while he was reading Kroc's autobiography 'Grinding It Out: The Making of McDonald's'. The song is all about how Kroc used aggressive tactics to cheat Mac and Dick McDonald out of their family business when he first came across the diner, turning it into the multi-million selling franchise it is today.

More: Biopics to get excited about

Naturally, Handfield read everything he could on the man after hearing the song. 'Like today's Silicon Valley startups, it was such a fascinating story about two brothers who created something and then the business guy comes in and takes it to the next level', he explained. 'And often the split between the founders and the business guy is a violent one. This story had all the echoes and machinations of that.'

'The Founder' stars Michael Keaton as Kroc and is scheduled to be released in US movie theatres on January 20th 2017. 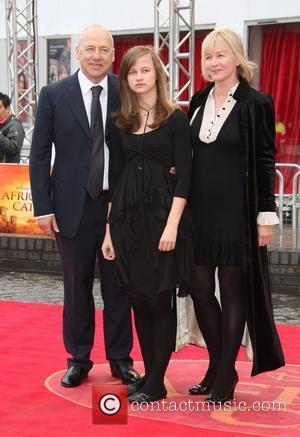 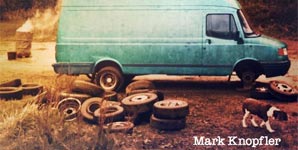