Mary J. Blige used to be obsessed with Michael Jackson when she was younger and thought she was going to marry him. 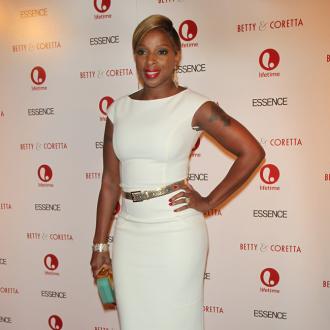 The 'No More Drama' singer was a huge fan of the late King of Pop and had a huge crush on him when she was growing up.

She admitted: ''As a kid, I was in love with Michael Jackson, and I just knew I was going to marry him someday.''

Mary nearly didn't become a singer as she was so good at doing people's hair and thought she would end up doing that full time.

She added to Us Weekly magazine: ''Growing up, I was the preferred hairstylist for all of my friends.

The star also talked about her backstage rituals and how she always has a soothing drink to help loosen and warm up her vocal cords before giving a concert.

She said: ''I still get nervous about singing. I drink tea with honey and lemon before every concert. And I need to have scented candles in all of my hotel rooms.''