'24' actress Mary Lynn Rajskub would love to see some old characters brought back for the spin-off movie - even though they were killed off in the show. 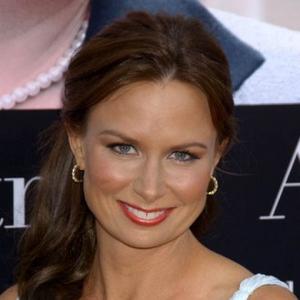 The actress - who portrayed systems analyst Chloe O'Brian in the final five series of the drama - thinks fans would be thrilled if bosses found some way to bring back President David Palmer, who appeared in the first four seasons of the show before being assassinated at the beginning of Day 5, when the big-screen adaptation is made.

She said: "I think I'll be back, I hope so. I don't know what will happen in it.

"I'd like President Palmer to come back, I think a lot of people liked him. I wish Michelle Dessler wasn't dead, I wish Edgar wasn't dead."

Though she wants to bring back her old castmates for the movie, Mary Lynn is adamant she wouldn't like to see her character get romantically involved with Kiefer Sutherland's character Jack Bauer.

She said: "I think getting Jack and Chloe together would have ruined their entire relationship. Maybe for the movie! No, that would be a terrible idea."

Despite her views, the actress loves working with Kiefer and admires the way he takes control of the show.

She explained to BANG Showbiz: "Kiefer is great, I love him. He has been doing it for so long he's an Example of what you can do as a person going to lead a show, he really takes the reins of it and has a lot of commitment, he's a testament to what you can do as a lead to shape the show. Kiefer does a lot of his own stunts too. "

Season eight of '24' and the box set of all eight seasons are available now on DVD and Blu-ray.