Dr. S. Robert Levine, to whom Moore had been married for 33 years, spoke to People magazine.

A week since the death of television icon Mary Tyler Moore, the star’s husband, Dr. S. Robert Levine, is finding solace through his grief in the knowledge that her legacy will influence new generations of young women, opening up for the first time since she died.

On January 25th, the beloved actress passed away at the age of 80, surrounded by friends and family. She had been hospitalised and dependent on a ventilator for a week previously, suffering from pneumonia brought on by complications in her decades-long battle with diabetes.

A number of Moore’s friends and family – including New York-based cardiologist Levine, to whom she had been married for 33 years – remembered her for a cover feature for the new issue of People magazine.

Continue reading: Mary Tyler Moore's Husband Remembers "That Smile" As He Speaks Publicly For First Time Since Her Death

The Emmy-winning actress passed away surrounded by her friends and family in Connecticut on Wednesday.

The much-loved television and film actress Mary Tyler Moore has died at the age of 80, according to a statement from her publicist.

The Emmy Award-winning star was best known in the United States for her TV roles in ‘The Dick Van Dyke Show’ in the 1960s and her eponymous ‘The Mary Tyler Moore Show’ in the 1970s. In 1980, she picked up an Oscar nomination for her memorable performance opposite Donald Sutherland in Ordinary People.

Moore is credited with having revolutionised the depiction of women on the small screen as the medium evolved, particularly on her own show which ran for seven seasons between 1970 and 1977 and was described by Time magazine as one of 17 shows that changed television. She played TV producer Mary Richards, a single woman jilted by her boyfriend who resurrects her career in a new town.

By Christopher Null
Terrible
I'm hard-pressed to remember a film worse than Change of Habit, a movie which features the following:

- Elvis Presley (in his final movie role) as a singing doctor in a free urban clinic- Mary Tyler Moore as a nun and nurse- A plot which features said nurse and her friends "going undercover" in said doctor's clinic, and- The inevitable romance between Elvis and Mary. 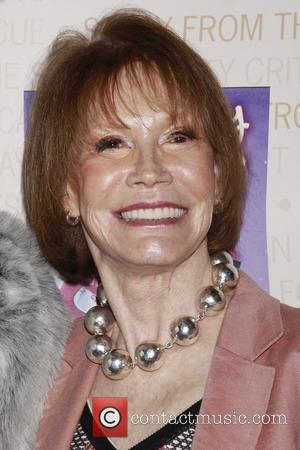