Matt Damon is to return to play Jason Bourne in the fifth movie in the spy-thriller franchise, with director Paul Greengrass also returning. It will be the duo's third film in the series and is expected to fill the July 16, 2016 release date that Universal previously held for a sequel to Justin Lin's 'Bourne Legacy' with Jeremy Renner. Matt Damon is returning to the Bourne franchise

Since The Bourne Ultimatum (2007), Damon has spoken of potentially returning to the franchise if the story was right.

"We've just never been able to come up with a story. So, if any of your viewers have a story, please call Universal and submit it" he told the Huffington Post in 2012, "Because he is a guy who walked away from everything, so we just have to solve that. And Paul and I haven't been able to do it. And we really wanted to make another one; we almost were making one a couple of years ago - and then we just couldn't crack it. Because the second we said that we'd do it, they would announce a release date and then we would be making the movie. That happened to us on the last one. We did not have a script and we had a release date. And that was just harrowing."

According to Deadline, Universal is bullish about a new Bourne movie and although a sequel to the Bourne Legacy is still in development, it will have to make way for Matt Damon's return. Besides, Lin recently signed on to direct several episodes in the second season HBO's True Detective, so would have been unlikely to dedicate much time to the sequel. 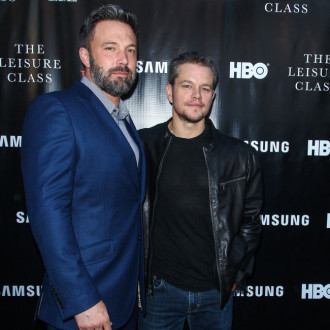