Mel Gibson is in talks to join heist comedy 'Sleight of Hand' alongside Keifer Sutherland and Gerard Depardieu. 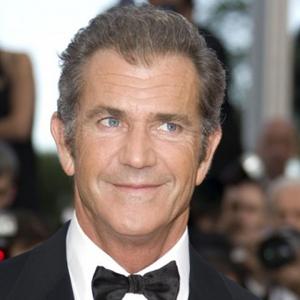 Mel Gibson is in talks to join heist comedy 'Sleight of Hand'.

The 'Beaver' star has been approached to join the ensemble cast including Keifer Sutherland, Gerard Depardieu, Til Schweiger, Thomas Jane, Eric Cantona, Johnny Hallyday and Jon Lovitz in the movie about a group of Paris burglars who inadvertently steal a rare coin belonging to a gangster.

Brad Mirman is set to direct while Richard Rionda del Castro and Gilles Thompson will produce and Patricia Eberle has been lined up as executive producer.

Filming on 'Sleight of Hand' will start filming in Paris in July.

Mel is currently attending the Cannes Film Festival to promote his latest movie 'The Beaver' which director Jodie Foster claims had a "therapeutic" effect on him after being accused of domestic violence by ex-girlfriend OKSANA GRIGORIEVA last year.

She said: "Anything that you do that you obsess about and think about and give that much to for six months of your life in his case allows you to look deeper at yourself and the people around you and the effect of what you do and has to have some kind of therapeutic, cathartic end.