An audio release of Mel Gibson's foul-mouthed rant at scriptwriter Joe Eszterhas has been released where he is heard calling his ex-wife OKSANA GRIGORIEVA a ''c**ksucker'' and claiming everyone ''takes advantage'' of him. 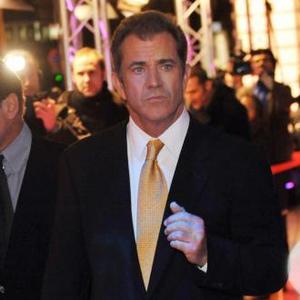 Mel Gibson terrified scriptwriter Joe Eszterhas with a foul-mouthed rant at his home in December.

Joe has released an audio file taken while at the troubled actor's home in December where he is heard shouting about his ex-wife OKSANA GRIGORIEVA and questioning why he had not yet received a first draft of The Script for now-stalled project 'The Maccabees'.

In a recording released to TheWrap.com, where Mel is heard grunting and growling, he shouts: ''Why don't I have a first draft of 'The Maccabees'? What the f**k have you been doing? I'll type it!

''I go to work, you're getting paid, I'm not! S**t! I am earning money for a filthy little c**ksucker who takes advantage of me! Just like every motherf****r! So hurry the fuck up!''

After a period of quiet - where he knocks down a totem pole and throws items - he asks his guests if they would like to eat.

Other guests at the house at the time included scriptwriter Randall Wallace and his girlfriend Elizabeth Topp and Mel's friend Brad Hillstrom.

The mood turned ugly after Mel saw a picture of himself holding his baby daughter Lucia where he considers himself to look bad.

In a letter to the 'Braveheart' star, Joe said: ''You were staring at the photograph of you and Lucia, your beautiful little girl ... and you suddenly exploded. You hurled your cellphone into a wall and started to scream, 'I look so f***ing old! I look horrible! That f***ing whore is destroying me! She's taking my looks! I hate her! She's destroying my life!''

However, Joe says he is not releasing the tape to damage his reputation but to urge him to find help.

He said: ''The bottom line is it shows to me he badly needs help. My interest isn't to damage him with this tape but to prevent damage being done to others, starting with Jews, including Oksana and now, I'm sure, me.''

Mel has claimed he became angry because the script for the Jewish-themed movie was substandard.