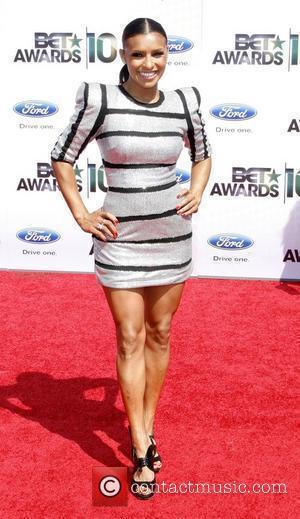 Melody Thornton, the singer and former member of the group Pussycat Dolls, is dating rapper Kanye West, and the pair have been together for around two weeks, according to the New York Daily News. 25-year-old Thornton, who split from the girl group this year, was spotted with West at the Marc Jacobs store in New York during a fashion event there. The pair reportedly chatted to Vogue editor Anna Wintour, before leaving the boutique to the delight of waiting fans.
However, despite the newly formed relationship, West arrived alone to the MTV Video Music Awards on Sunday where he was given a frosty reception for his behaviour there a year earlier. The rapper infamously interrupted Taylor Swift'S acceptance speech at the 2009 ceremony, but appeared to make amends this time around by denouncing his actions during a live performance of new song 'Runaway'.
The 'Gold Digger' star previously dated model Amber Rose for around two years, before the couple split. His new album, entitled 'Dark Twisted Fantasy' is due to be released on November 16, 2010, on Roc-A-Fella Records. Thornton is currently recording her solo debut album 'Hit The Ground Running', which is due for release in late 2010.