By Lauren Mullineaux in Music Reviews on 29 September 2017

Six years might not sound that long, but a lot can change over such a period of time. Take Mew, for example. In 2009, their fifth long player and first as a three piece 'No More Stories Are Told Today, I'm Sorry They Washed Away // No More Stories, The World Is Grey, I'm Tired, Let's Wash Away' (excuse the long title) came out to a wave of positive reviews. Having discarded the avant-garde, post-rock stylings of its predecessors for a more dance-infused, pop-based sound, it should have heralded their long-awaited and richly deserved breakthrough into the mainstream. Sadly, it didn't. Which, for a band whose ambitions and aspirations stretched far beyond any conceived limitations from the outset, must have been difficult to take. 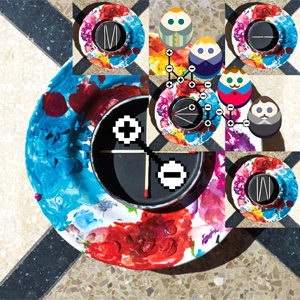 Fast forward to May 2013 and it was back to the drawing board. No doubt revitalised by the self-imposed hiatus initiated after the promotional schedule for 'No More Stories.' had elapsed, the band decided the best course of action would be to go back to the future; literally. So, the first name on their list of would-be conspirators emerged in the shape of Michael Beinhorn, whose last contribution to the band's recordings saw him produce the predecessor to 'No More Stories.', entitled 'And The Glass Handed Kites' in 2005. With recording sessions under way, it wouldn't be long before Beinhorn persuaded them to give former bass player Johan Wohlert a call. Having left the band in 2006 after the release of 'And The Glass Handed Kites' to concentrate on becoming a father to his newly born son, Wohlert's return to the fold didn't so much change the dynamic as provide the missing link. Finally, the band then invited Bloc Party's Russell Lissack to co-write and eventually play guitar on the new record, having toured together several years earlier. While Lissack's contribution is limited to one song on the record, his input is notable on the metallic surge of 'My Complications', the album's centrepiece and one of its many highlights.

So, returning to the cryptic title '+-', it could be argued that it refers to turning a negative situation into a positive one; overcoming a dark period with a degree of optimism. Brimming with a newfound confidence and a multitude of ideas to match, '+-' was born and over the ensuing eighteen months, exquisitely crafted into arguably Mew's finest hour since 2003's 'Frengers'.

By Jordan Dowling in Music Reviews on 13 August 2009

Review of Mew's album No More Stories released through Columbia. 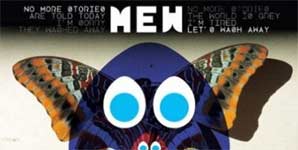