Colin (Romain Duris) is a rich inventor living in fantasy Paris who has focused his career on advancing his latest machine, the pianocktail; a piano that can also make cocktails for the thirsty instrumentalist. But his sights are soon turned away when he discovers that his best friend Chick is in love with a woman called Alise. Aggrieved by the thought of a life of loneliness, he decides to embark on a romantic adventure himself when he meets the quirky Chloe (Audrey Tautou) at a party. Initially a little awkward, Colin and Chloe fall dazzlingly in love. However, their happiness is soon compromised when Chloe falls deathly ill with a rare disease whereby a waterlily is growing inside her lung. Her only cure is to be surrounded by fresh flowers, but the question is, just how long can Colin keep up the treatment?

Originally entitled 'L'écume des jours', 'Mood Indigo' is a French fantasy romance based on the 1947 cult novel 'Froth on the Daydream' by Boris Vian. The movie has been directed by Academy Award winner Michel Gondry ('Eternal Sunshine of the Spotless Mind', 'The Science of Sleep') and co-written by Luc Bossi ('The Prey', 'L'empire des loups'). It won a Cesar Award at the 2014 ceremony where it was nominated for a further two awards, and it was also nominated for four prizes at the Lumiere Awards. 'Mood Indigo' is due for UK cinematic release on August 1st 2014.

With Adam McKay turning down directing 'Ant-Man,' is it time for Marvel to scrap the film entirely or look for other options?

Why doesn’t anyone want to direct 'Ant-Man'!? Well, I’m sure someone does, but for some reason, Marvel is having a bit of a difficult time trying to keep someone attached to the project. The superhero film had its first director, Edgar Wright, take over the reins all the way back in 2006, so it was definitely a blow when he decided to leave directing duties late last month. However, soon after, Marvel was in talks to enlist someone new already: 'Anchorman' director Adam McKay...but then he left too due to time restraints with his schedule. So, where does 'Ant-Man' go from here? Does Marvel spend time sifting through candidates hoping to find one that's willing, or do they just give up and decide to can the film entirely? Though it’s a drastic measure, it’s safe to say that 'Ant-Man' isn’t exactly the most desirable or profitable superhero around, and there’s no telling how the movie could perform at the box office. If Marvel did scrap it, perhaps they could focus their efforts on a new flick for one of their other characters: what about She-Hulk or a Ms. Marvel movie? Chances are it’s not going to be scrapped and a new director will be announced eventually, but who’s best fit for the position?

Continue reading: The 5 Directors That Could Rescue Marvel's 'Ant-Man'

Judging by the latest trailer from Michel Gondry for 'Mood Indigo' starring Romain Duris (The Beat That My Heart Skipped) and Audrey Tautou (Amelie, Priceless), he's once again back to his stunningly surreal The Science of Sleep best for another French language cinematic beauty.

Based on a 1947 novel by Boris Vian called Froth on a Daydream, the movie sees Colin (Duris), a wealthy and successful inventor of a smell-based musical instrument named a Pianocktail. Through his friend, Chick, he meets Chloe (Tautou) and falls head over heels in love. They get married in a whirlwind romance, but while on their honeymoon, Chloe falls ill and in the ensuing weeks and months her health deteriorates. As she gets worse, so the film devolves into an increasingly dark world.

The Green Hornet is the latest superhero to receive the film treatment. When Britt Reid's father dies unexpectedly Britt is left in control of a multinational news paper empire.

The Science Of Sleep
Trailer

Continue: The Science Of Sleep Trailer 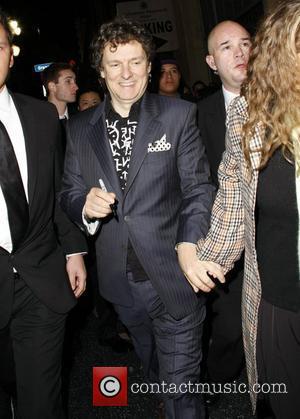 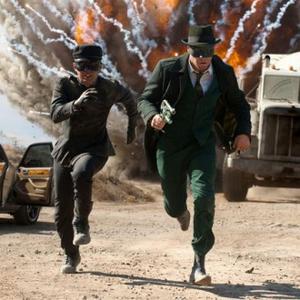