What Breakup? Miley Cyrus and Liam Hemsworth 'Hanging In There'

Miley Cyrus and Liam Hemsworth are still together, despite what you may have read. 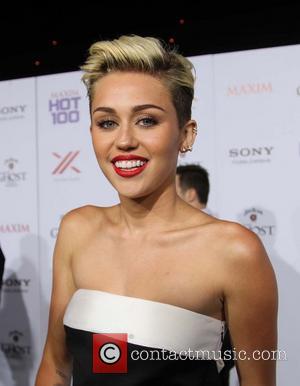 Despite the seemingly endless rumors concerning the status of Miley Cyrus and Liam Hemsworth's relationship, sources tell E! News that's it's been a rocky few weeks for the duo but that they're definitely still together. Earlier this week, Us Weekly 'confirmed' that the Hollywood pair had split after Liam's brothers staged an intervention, though that now appears premature.

A source said "they're hanging in there" and trying to work things out. The engagement is by no means over and Liam was spotted pulling up outside Miley's home in Los Angeles this week. This had prompted some news agencies to assume he was collecting his belongings, though E! seem too think the two were probably working things out.

The pair met on the set of romantic drama The Last Song in 2009 and got engaged last summer when Hemsworth pulled out a 3.5-carat diamond ring for his wife to be. The most recent rumors of a split began to surface after Liam was spotted leaving the Chateau Marmont with Mad Men actress January Jones following a pre-Oscar party on February 23, 2013. Prior to that, the Hunger Games actor had regrouped with his family in Australia while rumors of a split swirled in Los Angeles.

It's probably worth remembering this isn't the first time that Miley and Liam's engagement has been called into question by the media. It probably won't be the last, though the latest news from Mileyville is that the wedding's still on. Just.