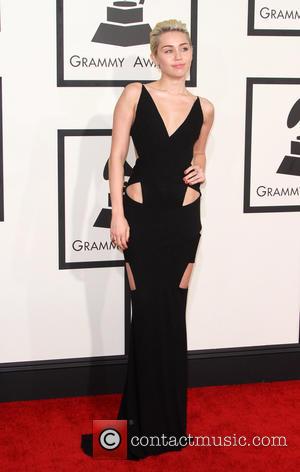 Picture: Miley Cyrus - A variety of stars from the music industry all turned out in style to attend the 57th Annual Grammy Awards in Los...

However, the footage, which was shown during the singer's Bangerz tour last year (14), has now been removed from festival listings and a representative for Cyrus insists the singer has no association with the event.

The spokesperson tells Buzzfeed.com, "Miley was proud to make a film with acclaimed filmmaker Quentin Jones. Neither she nor Quentin are participating in this 'festival' in any way."

Festival founder Simon Leahy adds, "We have removed any mention of (the) Miley Cyrus... film across all our media platforms.... We hoped the film (would be) screened alongside great artists such as Amalia Ulman, Bradford Kessler, Richard Kern, Beth B, James Franco, Narcissister, (and) would create a bigger discourse around art, sexuality, gender and pornography."