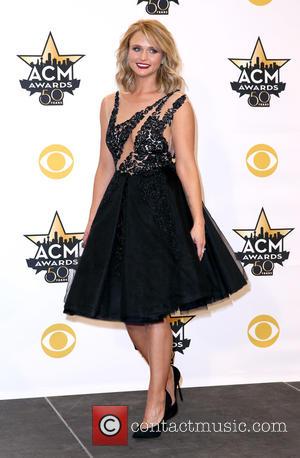 For the eighth year in a row, Brad and Carrie took to the stage at Nashville's Bridgestone Arena to emcee the annual country music prizegiving, and they weren't afraid to call out their friends Blake and Miranda, who announced their shock divorce in July (15).

"We can't ignore the break-up that really rocked our world, the one that's on everybody's mind," Brad said during the opening monologue. "Two people in this very room who we all know and love - splitsville."

The camera then turned to Miss Piggy and Kermit sitting in the audience, as the Muppets couple also split over the summer (15).

Brad then said, "And on a completely unrelated topic, howdy Blake," and the Boys 'Round Here singer was shown waving from the front row with a big smile on his face. Lambert, who was also in attendance, was not shown during the sketch.

Hours before Blake's appearance at the ceremony, a representative for his The Voice co-star Gwen Stefani confirmed reports suggesting the two had struck up a romantic relationship.

Speculation about the stars went into overdrive this summer (15) after Blake split from Miranda shortly before Stefani ended her 13-year marriage to Bush rocker Gavin Rossdale.