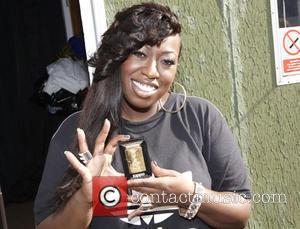 Missy Elliott has paid tribute to her late friend Aaliyah on the ninth anniversary of the R&B star's death.
The Try Again hitmaker was killed in a plane crash in the Bahamas on 25 August 2001 at the age of 22, shortly after the release of her third album and just as she was launching herself as a Hollywood actress.
Elliott collaborated with Aaliyah many times throughout her tragically short career and insists she still misses her friend nearly a decade after her death.
She tells MTV.com, "There's not a day that goes by that I don't think of (Aaliyah) or watch a video or play her music. I miss her every day."
But the rapper insists she is proud to see the singer's influence live on in present day artists, including Ciara.
She adds, "I think it's hard for Aaliyah to be duplicated, because she had her own lane. But Ciara is an R&B singer who loves to dance, and Aaliyah was that same kinda artist. We knew when she dropped a record, we couldn't wait for the video. I think Aaliyah has influenced artists like Ciara."