The R&B/hip hop legend unleashed a video for her brand new single 'WTF (Where They From)' this week, her first new material in seven years.

Missy Elliott has unveiled her first new music in over seven years, as today she released the video for a brand new single ‘WTF (Where They From)’, a collaboration with R&B star Pharrell Williams.

The 44 year old star was responsible for some of the most distinctive and downright cool pop music of the late ‘90s and mid noughties, but she hasn’t released anything since 2008, when she vanished from the music scene. However, she's been gradually easing herself back into music, notably with a brief performance at halftime of February's Super Bowl. At 9:00am on Thursday (November 12th), a video for a new song, featuring herself and Williams as marionettes in a futuristic world of hoverboards and some pretty amazing dancing. This marks her first solo material in the seven years since ‘Ching-A-Ling’ from the movie Step Up 2: The Streets, though she has featured as a guest star on a handful of tracks since then.

Fans are holding their breath to see whether ‘WTF’ is the lead single to an accompanying album, which would be the first since 2005’s The Cookbook.

She announced the new material via a newly-created Instagram page the day before, writing: “I can't wait for the whole world to see my new video tomorrow,” Elliott told her fans, “9am we bout to take off to another planet u ready? LETSGO!”

Missy Elliott hasn’t prominently featured in public life for quite a while, and revealed in 2011 that this was because she was battling with Graves’ disease, a hyperthyroid disorder that affects muscle operation.

She was diagnosed after suffering with the symptoms for more than a decade, and the condition was discovered after she narrowly avoided crashing a car because her legs were shaking. At one point, Missy told People magazine that she couldn’t even hold a pen to write songs. 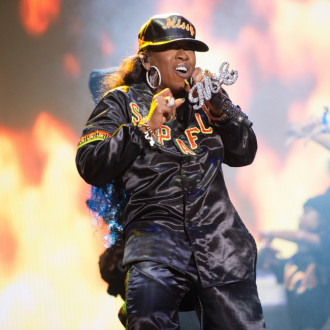 Missy Elliott urges artists to be 'fearless' with second album