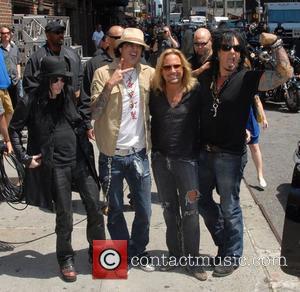 Motley Crue rocker Nikki Sixx has vivid childhood memories of his mother leaving him to look after his younger sister for a couple of days - before returning in a "blasted" state with comedian Richard Pryor. The 48-year-old, who went on to battle heroin addiction in the late '80s, got his love of partying from his mum, who was friends with the late Pryor - himself a drug addict for many years. Sixx tells American magazine Blender, "We used to live on Sunset Boulevard, in an apartment in the Sunset Tower. I had a very young sister, and my mom would take off and do her thing and I would watch my sister for a couple of days at a time. "I have one very clear memory of playing in the parking garage with my sister and a car pulling in and my mom and Richard getting out. They were blasted. "And she said, 'Oh, I love you so very much,' and just went straight up to the apartment and left us in the garage. That's the clearest memory."