Review of Kiss of Dawn Single by hilm

HIM
Kiss of Dawn
Single Review 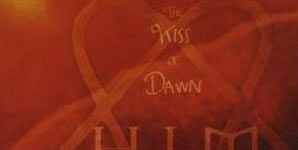 This really is a game of two halves. Chunky riff-work ushers in another fine piece of work from the Finns, with Mr Valo's silky smooth vocals purring over the top. The second half though is a chorus that sounds as though someone had their elbow resting on the 'cheesy' button during the recording and mixing process, It's hard to criticise HIM though - they hit the mark every single time in terms of well produced rock, even if sometimes it does sound like Bon Jovi in too much black eyeliner.