R. Kelly is being sued for $1 million by his former business partner who claims he spent the money owed to him on avoiding more charges of sexual misconduct. 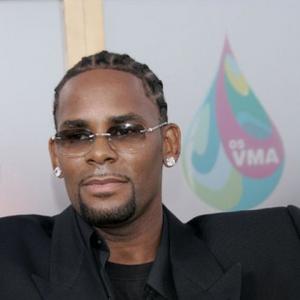 R. Kelly is being sued by his former manager for $1 million.

Jeff Kwatinetz of Prospect Management claims he agreed to represent the 'Ignition' singer during his child pornography trial which ended in 2008 in exchange for a 15 per cent commission but alleges the singer failed to pay because he spent the money on avoiding more legal troubles.

According to the lawsuit, obtained by TMZ.com, R. Kelly's business manager told Jeff he couldn't be paid the agreed 15 per cent commission "because the monies were needed for payments to avoid lawsuits and adverse publicity resulting from Kelly's alleged [sexual misconduct]."

A spokesperson for Kelly denied the claims, saying: "Jeff Kwatinetz's complaint is a collection of half-truths, distortions and outright fabrications.

"Mr. Kwatinetz is a disgruntled former manager who apparently feels the need to try to seek retribution for his discharge. It is particularly disturbing, given his job as a professional talent manager and trusted adviser, that he would feel the need to lash out and dish what he thinks is dirt against a former client.

"When the actual facts are presented, however, we are confident that his allegations will be found to be completely without merit."