The 50-year-old catwalk icon was among a host of supermodels who joined the 61-year-old fashion designer to celebrate the brand's milestone on Tuesday (20.04.21) morning.

Kors opened the show at Times Square in New York by taking the time to thank Broadway for giving him "so much" over the years.

He said: “I’ve lost count a while back, but I’m pretty sure I’ve seen thousands of Broadway shows at this point. There’s no greater experience in the world.

“So many of the incredible artists who make up Broadway have been devastated by the shutdown the pandemic has caused. So I’m here today to give back to a group of people who have given me so much.”

Kors was introducing the fashion house's film for their fall collection.

Naomi wowed in a full-length black sequined gown and tailored overcoat as she paraded down West 42nd Street.

A lifelong fan of Broadway, Kors wanted to channel the "opening-night feeling", and opened up this week about missing going to the theatre amid the COVID-19 pandemic.

He said: “The heartbeat of New York is the Theatre District, and to see it just stopped was hard to comprehend because New York doesn’t stop. "It’s about that opening-night feeling ... I want everyone to have this fabulous night out where you have an amazing dinner and drinks at Sardi’s, with theatre history oozing out of the walls, then you hit the street, strut your stuff and show off. And you get to go into a temple of live performance and see Rufus Wainwright performing."

On the industry re-opening again and shooting the film, the designer explained: “It was overwhelming — being in the fashion community again, with people we have collaborated with forever, hair, make-up…models, it felt like this surreal party ... And being in Times Square at midnight, and seeing the energy return — and that’s without theatre and restaurants — it really shows you peoples’ pent-up desire. “Last January when it was bitter cold, we went to dinner outside … I had mukluks on, it was insane. I ran into someone in the industry I haven’t seen in over a year, and she said, ‘Aren’t you itching to go to a bad dinner?’” 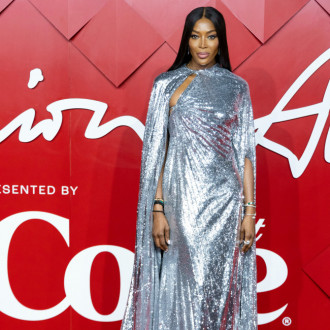