Naomi Watts admits she would consider having another baby if she could guarantee it would be a sister for her two sons. 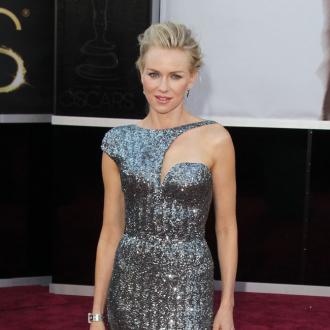 The 44-year-old actress has two sons, Sasha, six, and Samuel, five, with her long-term partner Liev Schreiber but admits she would consider having another child if someone could promise her that it'd be a girl.

Speaking to Britain's OK! magazine, she said: ''Two boys can be a lot to handle and sometimes you think it would be easier with two girls playing with their tea sets and dolls. But Liev loves having two boys and I suppose I might consider having another child if someone could guarantee me it would be a girl.''

The 'Diana' star admits she found juggling motherhood and her career difficult because she struggled losing the baby weight she gained after she had her children.

She explained: ''The hardest part was getting back in shape after my first boy was born. I gained 45lb and it was a struggled to get back to my previous weight and shape. I used to do a lot of Pilates and other kinds of high-tech exercise routines to keep in good form but now I play a lot of tennis.

''Things are easier now in that I'm able to get much more sleep and I have more energy in the mornings at least. I don't find I need as much make-ups in the mornings!''