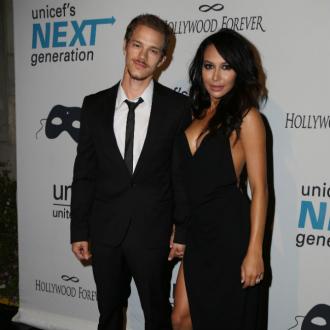 Naya Rivera has given birth to her first child.

The former 'Glee' actress and husband Ryan Dorsey reportedly welcomed a baby boy into the world last month, and the 28-year-old star had a ''very easy'' birth.

A source told Us Weekly magazine: ''They are so excited to be first-time parents.

''It was a very easy pregnancy and birth.''

Though it has only been a few weeks since the little boy - whose name has not been revealed - was born, the couple have taken to parenthood very well.

The source said: ''Naya was born to be a mother and is doing really great so far. And Ryan has amazing paternal instincts and has been waiting on them both hand and foot.''

Naya and 32-year-old Ryan - who married in Mexico in July 2014 - announced they were expecting a baby in April.

Alongside a picture of herself and Ryan as children, the actress wrote on Instagram: ''Surprise! We're having a baby! Ryan and I feel so blessed and can't wait to welcome the newest member of our family.''

The actress - who was previously engaged to Big Sean - admitted during her pregnancy that she and her spouse had struggled with sex because of her changing shape and the idea that the baby was there with them.

She said: ''Things like sex with my husband became a bit odd for me due to the fact that I was now limited to about two positions in order to not squash -- as my husband puts it -- 'its roof' or have the baby (my belly) staring him in the face. I feel like men are constantly imagining their baby winking at them when they make love to their pregnant wives thus making sexy times more few and far between.''