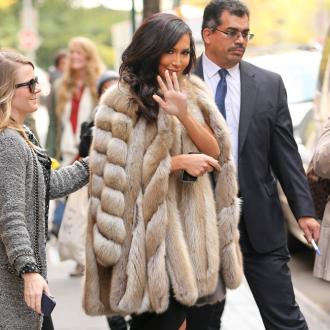 Naya Rivera thinks Mary J. Blige is ''amazing'' for banning her husband from having female friends.

The 'Glee' star, who wed Ryan Dorsey in Mexico in July just three months after ending her romance with Big Sean, doesn't trust other women around him and agrees with the 'No More Drama' hitmaker's marriage rules.

Discussing Mary's recent revelation that she and husband Kendu Isaacs agreed not to have pals of the opposite sex, the 27-year-old actress said: ''I think that's amazing. I'm with Mary. I just got married and I'm pretty sure I told my husband that like two days ago.''

Naya also told 'The View': ''It's really not so much a rule as I understand it, because I feel like you're playing with fire and opening up the floodgates here, and you're having issues in your marriage, but someone is going to talk to the opposite sex to get advice or whatever and you should be talking to your partner. So I don't believe in it.''

The brunette beauty insists she trusts Ryan but doesn't trust other women.

She said: ''It's not so much that you like don't trust your relationship or your husband or your wife or anything. You kind of don't trust outsiders and other people. You don't know what their motives are.