Cher insisted she is ''not glamorous'' as she picked up a Lifetime Achievement Award at the Glamour Women Of The Year Awards last night (08.11.10). 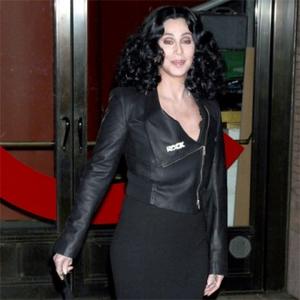 Cher was given a Lifetime Achievement Award at the Glamour Women Of The Year Awards last night (08.11.10).

The singer-and-actress was delighted to be presented with the accolade - which recognised her work with Kenyan orphans - at New York's Carnegie Hall, but insisted she is not glamorous at all when she is away from the spotlight.

She said: "You have no idea how non-glamorous I am when I wake up. I walk around in sweatpants and Ugg boots. I don't care."

Also honoured at the event was Black Eyed Peas star Fergie, who was watched by husband Josh Duhamel as she picked up a gong for her work with breast cancer research and AIDS awareness charities.

In a red Zac Posen gown, she admitted: "I feel like the prom queen tonight."

The actress took the opportunity to praise the late actor's work with the organisation, saying: "Paul would come and sit down with the kids and have lunch and participate. He was fully present."

Fashion designer Donatella Versace was presented with an award for her support of a children's charity in China and mentoring of aspiring designers.

She told the audience - which included Hilary Swank, Kelly Osbourne and Janet Jackson - never to give up on their ambitions.

She said: "Believe in yourself and work hard to achieve your dreams. You can do it."

'Fool's Gold' actress Kate Hudson presented the ceremony, which is in its 20th year.