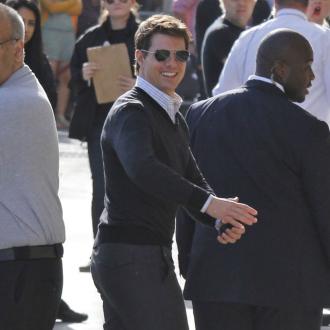 The scriptwriter has been given the task of writing Paramount's next installment in the action franchise, which Tom Cruise will star in as well as produce.

Christopher McQuarrie - who directed Cruise in 2012's 'Jack Reacher' - has entered negotiations to direct, while J.J. Abrams' Bad Robot company will produce the movie, whose plot is being kept secret.

The 'Mission: Impossible' franchise - which first hit screens in 1996 and stars Cruise as secret agent Ethan Hunt - is as popular as ever and has grossed more than $2 billion overall.

Production is expected to begin on 'MI:5' this autumn after Cruise finishes filming Warner Bros.' 'The Man From U.N.C.L.E.', a big screen adaptation of the cult 1960s TV show,