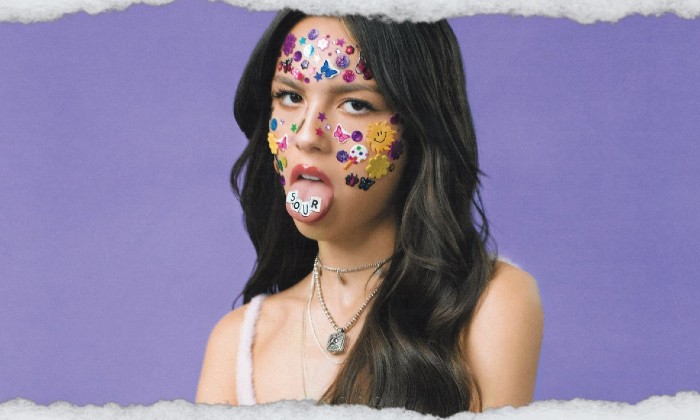 Olivia Rodrigo is an unstoppable force in music right now. Ever since the release of her breakthrough smash-hit debut single, drivers licence, back in early January, she has dominated charts and stats across the globe. Rodrigo spent a record nine weeks at number one on the Official UK Singles charts with her first track and has just made chart history by becoming the youngest solo artist to ever record a simultaneous number one album and single with SOUR and Good 4 U. Rodrigo's songs about broken relationships, lost love and teenage turmoil have captured the imagination of millions of fans around the world and, if rumours are anything to go by her next album, SWEET, shouldn't be too far behind!

Gary Numan released what is widely regarded as his best record in decades when his latest album, Intruder, dropped on May 21st. The reward for Gary's hard work; he entered the album charts at a lofty number two, just beaten by the global teen sensation Olivia Rodrigo! Numan's new album showcases songs written from the Earth's perspective and is a plea from Mother Nature that something needs to change. It's sonically challenging at times but with stark realities and dark themes being explored the soundtrack provides a cinematic backdrop to Numan's bighting vocals.

Annie Clark's sixth studio album, and follow up to 2017's Masseducation, is a stunning record that references music from the late 60's and early 70's and throws in a soupçon of psychedelia. The new record contains the fabulous lead single, Pay Your Way In Pain, as well as the inspired feminist anthem, The Melting Of The Sun. The new full length release, partly inspired by her father's return home from a spell in prison on "stock manipulation" charges, and partly inspired by his record collection, is split into three glorious parts by Humming interludes. Daddy's Home is as creative and artistic as we've come to expect from St. Vincent as she once again takes a path less trodden to delight the listener with her own, unique compositions. "It's imperfect and yet masterful."

Biig Piig - The Sky Is Bleeding.

Biig Piig's largest collection of songs to date is one of the highlights of 2021 so far. Jessica Smyth has developed her R&B/Hip-Hop-Pop sound on her latest release and has produced some of her best work. The semi-erotic sexual electricity in the lead single Lavender is enough to grab your attention and keep you hooked throughout a six track EP that is near flawless. Smyth has shifted her musical boundaries on her latest release and it has paid huge dividends in terms of the overall sound. From the opening song, Remedy, through to the outstanding close out track, American Beauty, Biig Piig has made a real statement piece with The Sky Is Bleeding.

Twenty One Pilots - Scaled And Icy.

Tyler Joseph and Josh Dun made a triumphant return with their sixth studio album, Scaled And Icy, when it was released on May 21st. The Ohio duo created the new, "more colourful", album during lockdown but Tyler Joseph has said that, "It’s intentionally disconnected from the time in which it was created" and that, "the record could go one of two ways...We could directly respond to what was going on in the world, or we could lean into this idea of escaping...That felt more exciting to me." The eleven track album does have excitement, and interest aplenty, as it skips around playfully exploring a whole host of musical avenues in an up-beat burst of positivity.