The lifestyles of the rich and famous is something that has interested people for decades now. There’s just something so intriguing about getting a peek into the celebrity lifestyle and seeing how they live, what their routine is, where they travel and what they do for fun. A not so widely kept secret when it comes to musicians is the fact that there is a number of them who seem to have a love for gambling, making for a very popular pastime. Curious as to which musicians enjoy gambling? Here’s a closer look. 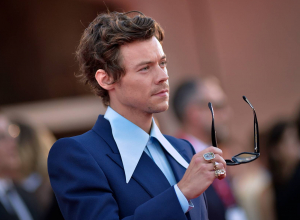 One of the hottest musicians of the past decade is Harry Styles, known not just for his incredible music talents, but he has also become somewhat of a fashion icon. However, it seems as though Styles has another passion outside of music and fashion and that's gambling. His gambling history is so well-known that there is a story that has circulated for years now that he was rejected from a live online casino event for the fact that he was underage at the time. Reportedly, Styles has a love for a variety of popular casino games, but blackjack is supposedly his game of choice.

For those unfamiliar with Styles, he rose to fame as part of the band One Direction, a massively popular UK boy band. The band was formed in 2010 and stayed together until 2016 when they went on "hiatus" and remain so today. The band had many huge hits during their time, won lots of awards and amassed a rabid fandom.

Once they went on hiatus, each member launched solo careers, with some proving to be bigger than others. As a solo artist, Styles has done exceptionally well, scoring a Billboard Hot 100 Peak at #1, going on concert tours and winning a Grammy.

Now let's take a step back in time and look at one of the classic musicians who had very strong ties to gambling and the entire Las Vegas lifestyle. Frank Sinatra was a well-known gambler whose legacy is now part of the culture in Las Vegas.

As a musician, Sinatra sold over 150 million records, which is truly stunning. Even today, he is still considered one of the best musicians to ever exist, and his songs and musical style went on to inspire many other artists of the time and even today. In terms of his professional music career, it got off the ground in 1939 with the Tommy Dorsey band, where he became the lead singer. His solo career would need to wait until 1944 with Columbia Records and then he took off.

As for his love of gambling and his casino ties, this is where things get a little murky. Sinatra loved gambling so much that he bought shares in the Cal Neva Lodge & Casino in 1960, but in 1963 Sinatra's gambling license was taken away (temporarily). Eventually, Sinatra was pressured to give up his shares in the casino. Despite having to give up his shares, that didn’t put out his love for gambling and casinos.

Also on the list of famous musicians with a love of gambling, is P Diddy. P Diddy was born and raised in New York City and has made his mark on the industry as a talented songwriter and rapper. His game of choice is often blackjack and he tends to enjoy the high roller tables. Many in the know often refer to him as the Blackjack Ambassador - that's how deep his passion is. Some have rumoured that he often has blackjack tables set up behind the stage when he’s performing.

Another famous rapper who seems to have a love for gambling is Jay-Z. Many would say he is the most famous and successful rapper of all time, and it seems as though he has other talents as well. Jay-Z isn't just a casual gambler, rather he is all about the high-stakes games. His favourites are poker and blackjack, and he can be found at the high roller tables. It has been said that he lost a whopping $500,000 playing poker in a single hand. While that would be enough for most people to walk away, for Jay-Z that’s a drop in the bucket.

Here's a musician you may not expect to show up on a list of those who love gambling, but in reality, Gladys Knight has quite the reputation for her love of casinos. What makes Knight stand out is that she is a bit more well-rounded in her game selection than others. She enjoys a variety of casino games with Baccarat being her favourite, plus she enjoys sports betting. And it's not just rumoured, as Knight confirmed her love of gambling in her autobiography.

How Music Has Played a Role in Gambling

As those who have spent any time in a casino know, music plays a role in gaming from the tunes being piped into the casino itself to the music on the slot machines. It helps to set the atmosphere, can boost the energy and excitement levels in the casino, and helps to create a welcoming vibe.

So, while the musicians on this list enjoy their gambling, it’s not unheard of to hear these very same musicians having their songs played in the casino. Some of the biggest acts out there have played or had a short residency in Las Vegas at one of the many popular casinos. Casinos and music have a long-standing relationship.

Slot machines in particular use music to create energy, excitement, and anticipation. You can get a taste of the musical stylings of the top slots of online casinos in the UK by visiting Online Casinos, which provides a comprehensive list of the sites worth checking out. The site provides a ranking and information on the welcome bonus for each online casino, allowing you to work your way through the best of the best.

This is just a small look at the many musicians who love gambling and the casino lifestyle. It seems like they know how to enjoy their free time and make the best of it.