As the summer ended and Fall arrived, some great new releases dropped

In a month that saw 18 year old qualifier Emma Raducanu win the coveted U.S Women's Open Tennis Championship without even dropping a set, Cristiano Ronaldo returned to Manchester United and got off to a flying start as he netted five precious goals. Boris Johnson and his cabinet dropped the ball altogether over Afghanistan, failed to predict fuel shortages at forecourts and did little to allay fears that everything would be fine by Christmas as he desperately reshuffled his cabinet. As he continued his long running spat with Kanye West, Drake released his sixth studio album, Certified Lover Boy and Lana Del Rey quite all social media platforms citing other "jobs", "privacy and transparency". Global Citizen put on a spectacular 24 hour show - 'A Recovery Plan for the World', with the aim of ending CoVID19, curbing the hunger crisis, resumption of learning for everyone, advancing equity for all and protecting the planet. Amongst those who performed on the five world stages was Sir Elton, who, as it happens, appears in two of the five releases we have selected for September. 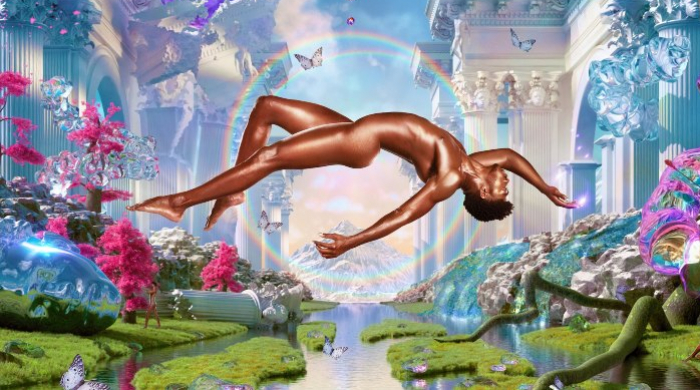 With a supporting cast that most artists could only dream of working with in their entire lifetime, Montero - the long awaited full length debut album from Lil Nas X, is a quite a spectacular record. Not only are we treated to 15 tracks, including 12 new ones, we also have the delights of Miley Cyrus, Doja Cat, Megan Thee Stallion, Jack Harlow and even Sir Elton John collaborating with the Holiday singer. After the autobiographical, open, honest and revealing singles - MONTERO (Call Me By Your Name), SUN GOES DOWN, and INDUSTRY BABY, released earlier this year, Lil Nas X continues to wear his heart on his sleeve throughout his debut album.

Sometimes I  Might Be Introvert and sometimes Little Simz might be bold, unflinching, provocative, potent or poetic. Little Simz fourth full length studio album is arguably her best yet, surpassing even her Mercury Prize nominated album Grey Area that she released in March 2019. Introvert, the album's lead single gave us a great taste of what was to come when it was released back in April. Part protest song, part self examination and part current affairs analysis, Introvert is packed full of a brilliantly versed social commentary and inward looking observations of her own life. Since then Simz has released four further, brilliant, singles from her epic 19 track record. "One day I’m wordless next day I’m a wordsmith" she sings; and what a wordsmith. An incredible, multifaceted album from an amazingly talented artist.

In celebration of Metallica's defining Black album, released 30 years ago in August 1991, a vast array of artists have covered their favourite Metallica tracks on the Blacklist. Where to start? Somewhere less likely? Phoebe Bridgers cover of Nothing Else Matters is just a gorgeous re-interpretation, as is St. Vincent's stylised version of Sad But True. A slightly more contrived, over blown and bombastic reworking of Nothing Else Matters by Miley Cyrus, Yo-Yo Ma, Elton John, WATT, Chad Smith and Robert Trujillo is a little off the mark but interesting nonetheless where as Weezer's Enter Sandman is just a riotous romp that pays homage the original. Other featured artists among the 53 include Biffy Clyro, Idles, Dave Gahan, The Hu, Imelda May, Cherry Glazerr and Royal Blood and Kamasi Washington.

Having written music that documents The Race For Space, the Welsh mining industry (Every Valley), and the first ascent of Everest on their debut album Inform-Educate-Entertain, PSB have now turned their attention to Berlin. As ever, J. Willgoose, Esq. and his band mates have left no stone unturned as they explore, in meticulous detail, Berlin's many and varied highlights. Talking about the album Willgoose said, "It’s become an album about moving to Berlin to write an album about people who move to Berlin to write an album." In a break from their unique norm the quintessentially British group have made an extraordinary album of sweeping ambient soundscapes coupled with some epic, cinematic flourishes, inspired retro synths on People, Let's Dance, and a one pure pop banger with Blue Heaven.

Abba - I Still Have Faith In You/Don't Shut Me Down.

Who doesn't love a 40 year wait? Well, when it's waiting for something that few thought would actually ever happen, it turns out a lot of people don't mind at all. Dave Grohl apparently "wept" when he heard that ABBA were releasing new music, even offering to drum for the band. The two new tracks unveiled by the Swedish supergroup coincided with an announcement that ABBA's first album since 1981's Visitors would be released on November 5th and would be called Voyage. Björn said, "It's about realising that it's inconceivable to be where we are. No imagination could dream up that, to release an album after 40 years and still be the best of friends, and still be enjoying each other's company, and have a total loyalty. Who has experienced that? Nobody."