''Honestly, I even think the critics like Nickelback. I honestly do ... It's not like it's bad music, it's just music ... We're that guilty pleasure.''

Meanwhile, Chad recently revealed he started thinking about the band's new album 'Feed The Machine' when he was recovering from vocal chord surgery.

He said: ''I think when you go and get surgery, there's a fear. You're afraid that you're pulling on a very thin thread and you have no idea how hard you can pull because it might snap. It's not really the case. It's not the case at all. Once you get a new set of tires, you've got a brand new set of tires.

''The trick I found is almost beating it up, hard, quickly to try to get it to sound like [how] 20 years of abuse sounded before you went and got surgery. I warm up and take good care of it. Now, I don't scream AC/DC at four o' clock, five o' clock when I'm drunk with my friends like I used to ...

''Sure, I was a little worried, but I was in really good hands. You never know how you're going to sound or what's going to happen or if you're never going to be able to sing again, but when I woke up, I sounded just like the loser from Nickelback. It was good. I was very happy when I first started speaking. Once I went through rehabilitation and was seeing this vocal coach, I remember the very first time he warmed me up really, really well.'' 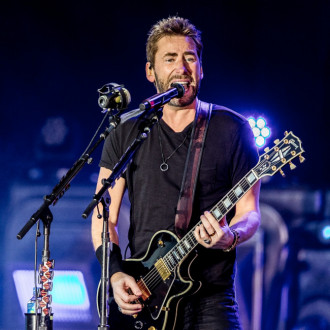 Chad Kroeger is 'ready' for everyone to hate Nickelback again