Stars Including Olivia Wilde, Lena Headey And Ricky Gervais Have Taken To Social Media To Express Their Outrage Over The Killing Of A Protected Lion Named Cecil By A U.s. Dentist. 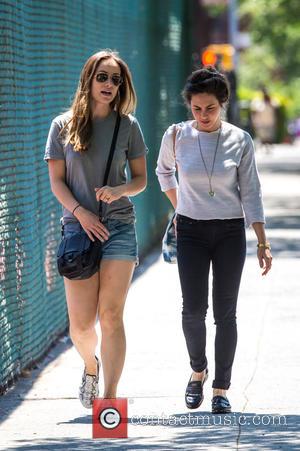 Picture: Olivia Wilde - Olivia Wilde appears in good spirits while out and about with a friend on a sunny day in Brooklyn at Brooklyn -...

Walter Palmer killed the famous big cat with a crossbow and arrow earlier this month (Jul15) after his guides allegedly lured it out of Hwange National Park in Zimbabwe.

He publicly expressed his regret over the kill in a statement, but insisted his guides had secured proper permits, they hunted legally and he did not know Cecil had protected status.

Celebrities have since taken to social media to condemn Palmer for his actions, including Wilde, who writes, "Ohh the dentist 'had no idea' the lion was famous. Because had he known, he would never have murdered it without asking for a selfie first," while Game of Thrones star Headey adds, "When a rich dentist fool decides he wants to take he (the) life of a majestic beast... He should be outed as the clear and present prize winning s**t p**ck that (he) inarguably is."

Outspoken animal rights advocate Gervais writes, "It's not for food. It's not the shooting, or tin cans would do. It must just be the thrill of killing. Mental.... RIP #CecilTheLion I'm struggling to imagine anything more beautiful than this."

Twilight star Nikki Reed adds, "There is nothing I can say that hasn't already been said. This truly disgusts me. Yes, it is beyond devastating, however I'm grateful for the amount of anger and sadness that came as a result of this, as it is something that happens to hundreds of animals daily (if not more) yet no one talks about it because no one knows. So now that we know, the question becomes, what are we going to do about it?"

Model Cara Delevingne writes, "This #WalterPalmer is a poor excuse of a human being!", Debra Messing posted, "Shame on him! I want them to take his citizenship away. I'm ashamed and horrified by what he did. #CecilTheLion" and Kaley Cuoco shared a picture of Cecil on Instagram.com and adds, "My heart actually bleeds for you. I'm sorry for what has happened to you, you gorgeous animal. #cecilthelion".