Orlando Bloom was spotted with 'Safe House' actress Nora Arnezeder, but are they dating or simply just friends? 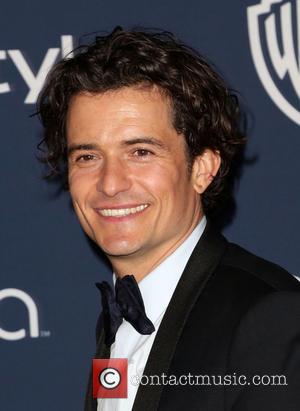 Sources, speaking to a US entertainment website, claimed they saw Bloom enjoying a drink with Arnezeder in a Los Angeles Bar. 37-year-old Bloom turned up at The Roger Room on his Ducati motorcycle accompanied by 24-year-old Arnezeder. Some blurry shots of the two were captured but it's impossible to identify Bloom or Arnezeder. As such, we're entirely reliant on the sources who spied the couple together.

They entered the popular bar on Tuesday evening (28th January) and hid away in a quiet corner together. E!'s source, observing the two inside the bar, stated the two were not overly affectionate with one another and that Bloom even left his 'date' for a short while before returning to pick her up.

After drinks at The Roger Room, the pair headed off to the Four Seasons Hotel but sources were unable to say whether the couple stayed there or if they made a pit stop before once again heading off.

Arnezeder is a well-known face in France but has only recently made her way across the pond. In 2010 she appeared in Safe House along with Denzel Washington and Ryan Reynolds. She has also appeared in Maniac, a French-American psychological horror starring Elijah Wood.

Bloom announced he was separating from his wife, model Miranda Kerr, in October. It seems the couple had not been emotional committed for some time. Bloom and Kerr surprised the press by remaining friends and appearing on family outings with their two-year-old son, Flynn. Bloom has even said he will "always love" Kerr despite their separation.

Whether or not Bloom is moving on and truly dating Arnezeder is uncertain. However, another of E!'s sources claim the Lord of the Rings actor is simply friends with the young French actress but time will tell if this is the extent of their relationship. Nora Arnezeder is best known in the US for appearing in the film Safe House. Is Orlando Bloom moving on from Miranda Kerr?