Paloma Faith in the studio with Gary Barlow

Paloma Faith has been writing songs with Take That's Gary Barlow and believes fans of their music will be shocked at what they have recorded. 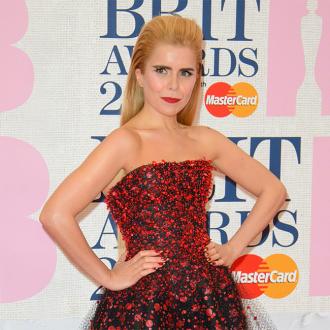 Paloma Faith has written a ''surprise'' song with Gary Barlow.

The 'Only Love Can Hurt Like This' singer is hard at work in the studio creating the follow-up to 2014's 'A Perfect Contradiction', and revealed she has written a track with the Take That frontman which she thinks will shock their fans.

She confessed: ''When you hear what we've come up with, people will be going 'Bloody hell!'

''I really loved working with him, and what we've come up with is a pleasant surprise.''

The 33-year-old musician - who won the British Female Solo Artist award at the BRITs in February - also hinted she will be making a political statement with her fourth record, because she believes it's ''important to comment'' on current events.

She continued: ''I don't claim to be the most profound person on Earth, but I watch the news, I follow politics and it's important to comment about these things.''

And now she has decided to offer up her opinions on world issues, she has vowed not to sing about her love life, as she doesn't have much to say about the subject.

She told the Daily Star newspaper: ''I've set myself a mad challenge, to make a record with nothing about love in it.

''I'm really happy in love and I don't feel that longing about it.''

Paloma Faith has a daughter