Paris Hilton says she doesn't have time for a boyfriend and is happily single after splitting from model River Viiperi last summer. 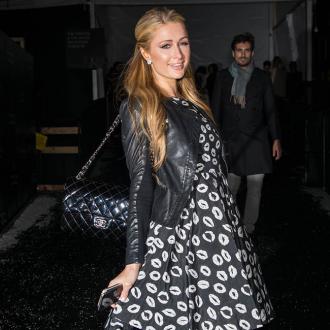 Paris Hilton doesn't have time for a boyfriend.

The 34-year-old star, who split from model River Viiperi last summer after two years of dating, says she is happily single and focusing on her career.

The blonde beauty said: ''I'm doing what I want. I don't really have time for a boyfriend. I'd rather be single.''

Paris also claims her partying days are behind her, and she only goes to clubs when she is getting paid to DJ now.

She told DuJour.com: ''I like to see girls looking hot and having fun - that's what life's about. But I'm kinda over the whole scene. I used to love going out all the time but now it's only for DJ'ing and getting paid. Thursday is the cool night, and I have to get up and work.''

She explained: ''I was playing a character on 'The Simple Life,' so I don't blame people for thinking I was ditzy. People assumed that's who I really was. Now they meet me and realise I'm completely different. But it doesn't bother me that people thought I was dumb. Playing that character made life easier - I do have a certain amount of shyness, which I'm sure is a surprise to people. And I've never cared what people think about me - I know the truth. I've always known what I was capable of.''