Paul Bettany Encouraged His Shelter Star Anthony Mackie To Get Hot And Heavy With His Wife Jennifer Connelly For The Film's Lovemaking Scenes. 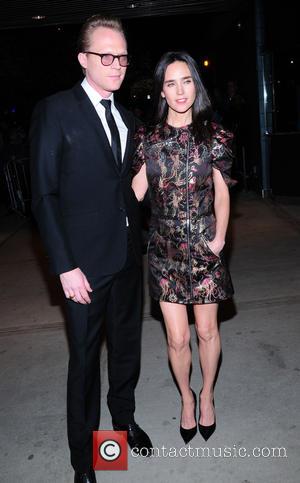 The Brit was too focused on making his directorial debut a success to worry about the risk to his marriage of having MACkie kiss his real-life partner Connelly.

The actors play homeless drug addicts in the new movie and Bettany admits he wanted them to look like a real couple on camera.

"You're a director so this lizard brain just kicks in for everything and I go, 'God, I hope they really kiss a lot!'" the first-time director explains. "There's this hateful monster that comes out of you.

And MACkie admits it was difficult filming scenes where he had to kiss the director's wife.

"There was the water sequence when we're in the waterfall and we kiss," he recalls. "So we do the first take and I'm, like, a little shy about it and Paul goes, 'Kiss her, mate!'"

MACkie also struggled during filming one day when an old friend spotted him on the streets of New York and felt sure the actor had fallen on hard times.

"We were shooting up in Harlem one day, on the sidewalk," The Captain America: The Winter Soldier star chuckles. "It's me and the guy who's supposed to be my friend and we were next to my alley by my character's stuff. And we're shooting and I hear, 'Yo, MACkie!' I look up and my friend has pulled his car over and he comes running over.

"That was when I felt one of those moments when we were shooting that I must be doing something right because I must've really looked homeless!"