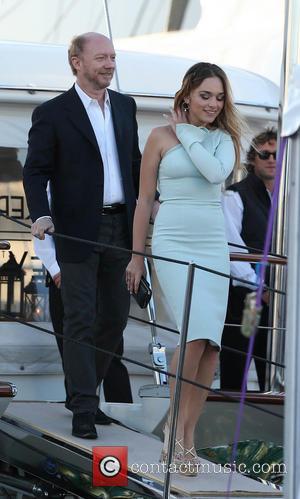 Filmmaker Paul Haggis has written an open letter to actress Leah Remini, applauding her for walking away from the Church of Scientology.

The star hit the headlines earlier this summer (13) when she revealed she had severed links to the religion amid suggestions she had fallen out with church leaders over certain practices.

Remini has had support from many peers and now Haggis, a former Scientologist who broke away from the church and has since become an outspoken opponent of the organisation, has penned a letter to The Hollywood Reporter praising her actions.

He reveals that Remini was one of the few Scientologists who refused to follow the rules and shun him after he quit the church after 35 years in 2009, and calls her "a class act and a lovely human being."

The director and screenwriter adds, "Leah and I were always friendly but never close friends. Despite this, she called me as soon as she heard about my letter of resignation. Unlike the rest of my former friends, she expressed real sadness that I was leaving and concern for me and my family...

"She had shouting matches with Tommy Davis, then the church spokesman, who had come to try and keep her quiet. The fact that she fought within the system so resolutely for so long, never making her feelings public, is a testament to how much she believed in the basic goodness of her friends and the institution."

And now he is more than happy to offer her his support, adding, "I can't express how much I admire Leah. Her parents, family and close friends were almost all Scientologists; the stakes for her were so much higher than for me. Her decision to leave was so much braver."

Haggis also reveals he spoke to Remini recently and adds, "It was easy to tell she had been terribly hurt and shaken by the events of the last weeks (but) Leah is an incredibly strong woman and will get through this with the help of her family and her true friends. She is kind and generous and loyal; she has always cared more about others than herself.

"She barely knew me, and yet she fought for me and my family, a battle she had to know in her gut she was never going to win. That takes an enormous amount of integrity and compassion... I will forever be grateful to her."