The 40 year-old actor will be featured in a tribute of clips from his movie career, and his 'Fast & Furious' co-star Jordana Brewster will also take to the stage to say a few words about him. 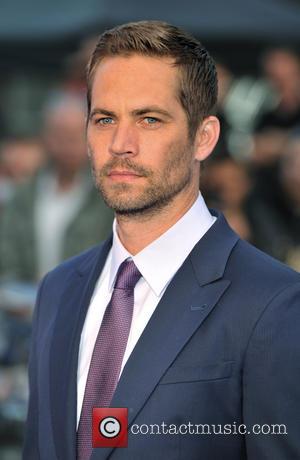 The late Paul Walker will be remembered at the upcoming 2014 MTV Movie Awards.

The 40 year-old, who was tragically killed in a car crash last November (2013), will be remembered in a tribute of clips of his movie career.

Walker's 'Fast & Furious' co-star Jordana Brewster, who plays his wife, will also take to the stage and conduct a speech about working with him, according to The Los Angeles Times.

MTV president Stephen Friedman told the newspaper the tribute is very suitable for the actor's fans, who are also considered to be MTV fans.

"Paul Walker was a role model for the MTV audience since the very beginning of his too-short career. Our audience grew up with him, from 'Varsity Blues' to the 'Furious' franchise," Friedman said. "He was a movie star but one that they could relate to."

"Paul's humanity and kindness clearly showed through every role," he added. "We're honored to be able to spend a moment in this year's Movie Awards to celebrate him."

The California native was killed in a car crash when visiting a charity event in Valencia, Calif., six months ago, he was a passenger in a Porsche GT when it crashed after the driver lost control and collided with a post and tree which caused the car to burst into flames.

On March 25th the Los Angeles County Sheriff concluded their investigation and their report states the fatal crash was caused by excessive speed and not a mechanical failure.

Their report determined that when the car crashed, after the driver lost control, it was travelling at 93 MPH in a 45 MPH zone before it hit the post and tree, which caused the car to burst into flames.

MORE: 'Fast & Furious 7' Will Use Body Doubles And CGI For Paul Walker Scenes

In January an autopsy report determined Walker died from "combined effects of traumatic and thermal injuries," meaning the late did not just die from impact injuries, he also burned to death.

The MTV Movie Awards, which will be hosted by comedian Conan O'Brien, will air on its network this Sunday (April 13th).