Cruz Has Haggis & Haiti On Her Mind At Golden Globes 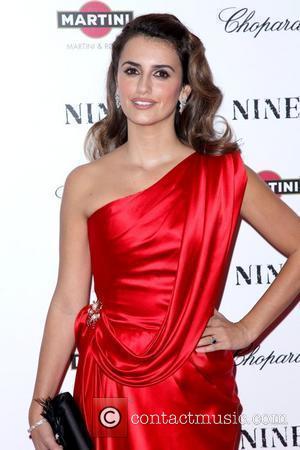 Penelope Cruz had Haiti and writer/director Paul Haggis on her mind at the Golden Globe Awards on Sunday (17Jan10) - because the Brit chose to snub Hollywood and fly to the disaster zone to help relief workers.
Haggis, a member of charity organisation Artists for Peace & Justice, changed his Globe plans at the last minute and instead headed for Haiti, impressing his Spanish pal, who was at the awards show supporting her musical Nine and Spanish-language film Broken Embraces.
Speaking to the E! channel on the red carpet, the actress said, "We are very lucky to be here, celebrating cinema... but it's impossible to think about anything else than the terrible disaster that is going on in Haiti.
"Our dear friend Paul Haggis... is on his way there now... He has an organisation and he has been working for that country for many years and I encourage people to look at the website, Artists for Peace & Justice, much to the and to do whatever they can because everything counts, everything will make a difference to somebody else's life.
"We are here and we have the obligation and the responsibility to talk about it and to do something tonight. Tonight cannot be just about the movies."
Haiti is in the grips of a desperate recovery effort following last week's (12Jan09) 7.0-magnitude earthquake.