Pharrell Williams and Robin Thicke have been ordered to pay Marvin Gaye's family $7.3 million for plagiarising the late singer's hit 'Got To Give It Up'. 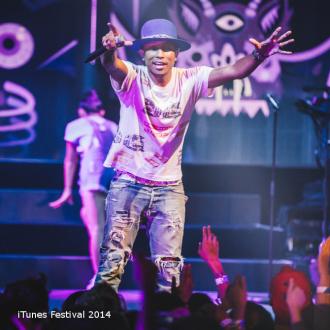 But rapper T.I. - who also performs on the song - was deemed not to be responsible for the infringement, according to Variety.com.

Marvin's children, Frankie and Nona, filed a lawsuit against the trio after the song was released, claiming it sounded very similar to their father's track.

During the week-long trial, Pharrell insisted their hit was inspired by Miley Cyrus, saying: ''I had Earl Sweatshirt in one room and Miley Cyrus in the other. I was doing a bunch of country-sounding music with Miley.

''It was like blending this country sound with this up-tempo groove.''

The 'Happy' hitmaker, who co-wrote the song in mid-2012, also insisted the Marvin Gaye single did not enter his mind during the songwriting process.

He added: ''I must have been channelling that feeling, that late '70s feeling. Sometimes when you look back on your past work, you see echoes of people. But that doesn't mean that's what you were doing.

''[Marvin Gaye] is one of the ones we look up to so much. This is the last place I want to be right now. The last thing you want to do as a creator is take something of someone else's when you love him.''

The Gaye family hired a musicologist to analyse 'Blurred Lines' after they instantly recognised the striking similarities and were originally seeking $25 million in damages.