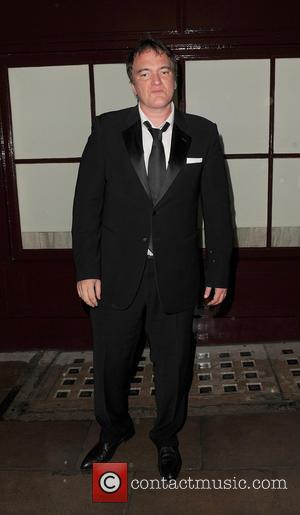 Quentin Tarantino's cult film Pulp Fiction could have been a very different movie if original stars Daniel Day-Lewis and Matt Dillon had signed on.

In a new Vanity Fair expose, the director reveals he wanted his Reservoir Dogs star Michael Madsen to play Vega, and he turned to Travolta when scheduling conflicts messed up his plan.

Recalling Weinstein's comeback, Tarantino says, "One of the actors I had on the list was John Travolta. And it came back, 'The entire list is approved... except for John Travolta.' So I got together with Harvey, and he's like, 'I can get Daniel Day-Lewis...'"

Tarantino was steadfast and fought for his leading man.

Meanwhile, the director's agent, Mike Simpson, confesses Willis' role of Butch Coolidge was initially offered to Dillon, adding, "Quentin... gave Matt the script and he read it, and he said, 'I love it. Let me sleep on it'. Quentin then called me and said, 'He's out. If he can't tell me face-to-face that he wants to be in the movie - after he read the script - he's out.' And so Harvey Weinstein said, 'Ok, let's put Bruce Willis in the role.'"

In addition, Paul Calderon, who plays a smaller part in the film, was almost handed the role of Jules Winnfield over Jackson, but his audition didn't impress.

Calderon remembers, "I was the first one who was going to audition, Sam was supposed to come after me. We went into the audition room, and one of the producers started to read with me, which to this day, I look back on it and think, 'I should have said no. I couldn't recapture the rhythms...' At the end, I said, 'I give up'. The air was going out of me like the Goodyear blimp."

Thurman jokes, "He (Tarantino) wasn't this revered demigod auteur that he has grown into. And I wasn't sure I wanted to do it... No one could believe I hesitated in any way. Neither can I, in hindsight."