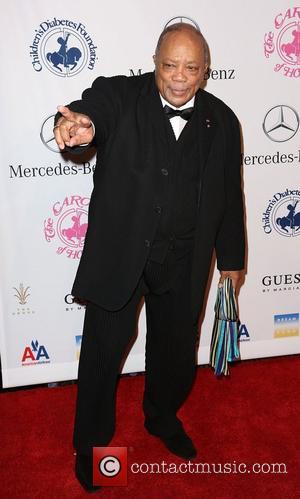 The revered musician and Dave Brubeck Quartet bandleader passed away at a Connecticut hospital a day before his 92nd birthday.

Cullum posted a picture of himself and Brubeck to his Twitter.com page and wrote, "A great man on and off the stage. I was so lucky to have met him. Rip good sir. You deserve it."

And Jones declared the late musician was "one of the great jazz pianist and composers of our generation".

There have also been online tributes paid by celebrity fans Randy Jackson and comedienne Sandra Bernhard, who wrote, "In honor of the greatest jazz songwriters of all time why don't we 'take five' to remember dave brubeck."